Entwined a PS4 game designed by pixel studio trying to follow in the same style like such wonderful Journey, flOw, and Flower.  I originally found out about this game during the E3 PlayStation Press Conference. When I first was introduced to this game I thought to myself, this is what really defines why game are really considered art.  This game is really aesthetically pleasing to the eye. Needless to say I downloaded this game no more then an hour after its initial announcement. It was only $9.99 I figured why not the game is beautiful and the concept seemed interesting. 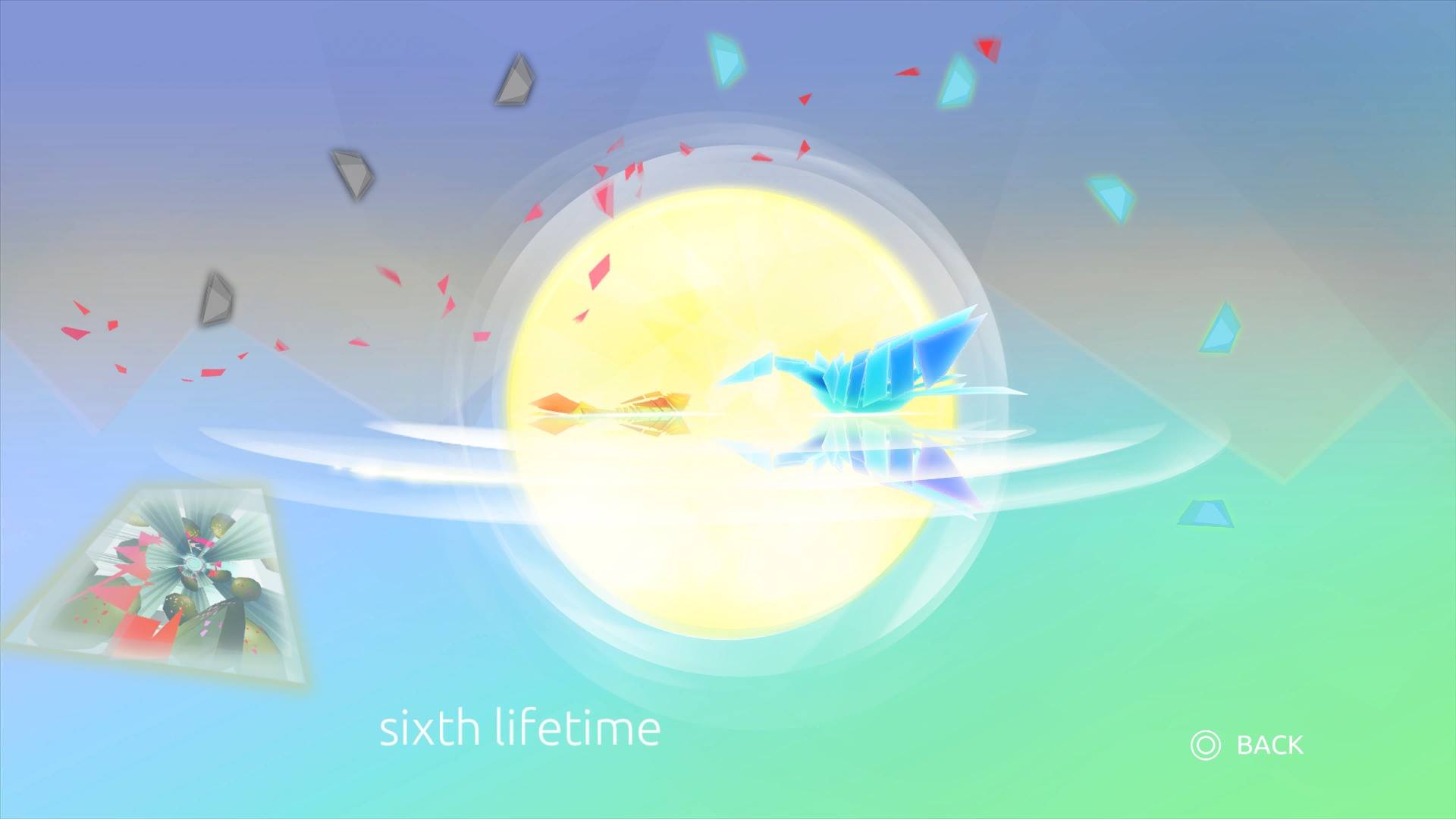 The premise of the story draws from various mythologies, and follows the story of a Bird and a Fish. They are two souls who are in love but cannot be together. The objective of the game is you control both the fish which is orange and the bird which is blue using the DualShock 4’s dual analog sticks. In story mode you play through what are called “Lifetimes” and there are 9 lifetimes to play through. Each character has there own degree of 180 degrees of a tunnel and using the corresponding analog stick you move the characters collecting orbs orange for the fish and blue for the bird. While you do this you maneuver yourself through a series of rings  that have obstacles in color coordinating to the particular color of the specific animal or if you meet in the middle with both animals you turn into a new green color.  Keep in mind both animals you control simply using the analog sticks. The ultimate goal is to collect these orbs and successfully maneuver through the tunnel matching the colors in each barrier. Towards the end when your meter are full you fuse together by holding the L1 and R1 and after passing through more barriers you form a magnificent dragon and fly through painting the sky. The game itself is simple to understand and easy to generally pick up. 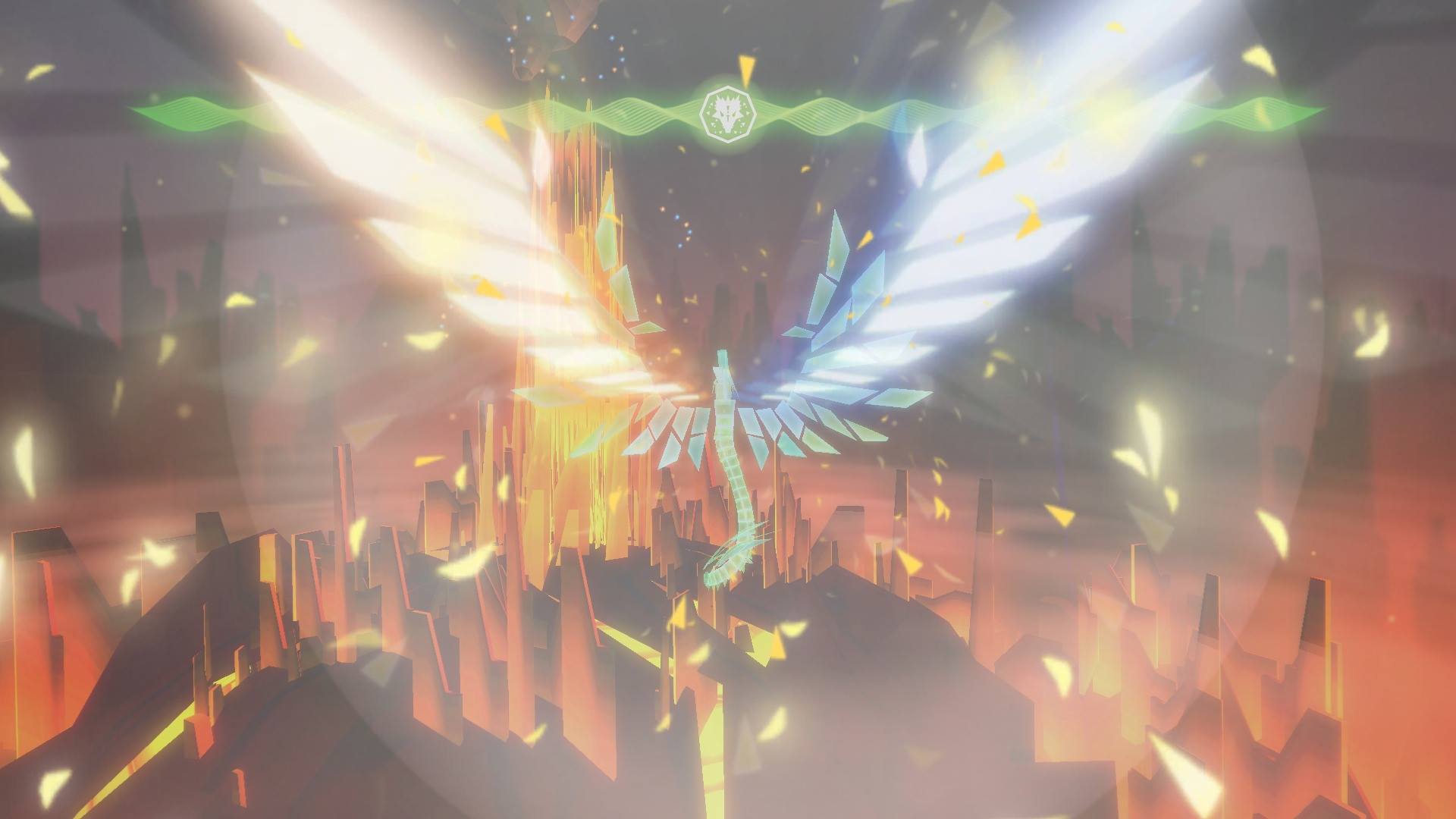 The main objective gather orbs to fuse into a magnificent dragon

With the basic game play knowledge in mind this can be where the game can get quite frustrating. Each of the 9 lifetimes require that you collect the corresponding orbs to fill a meter that corresponds to either the fish or the bird. Now if you miss a barrier the corresponding color is penalized. Each level slowly increasing speed and slightly raising in difficulty. As the difficulty rises the barriers patterns change and if you don’t really have the eye hand coordination and knowledge of the Jedi Knight the game can become quite frustrating. Combine this with the fact the game is very short roughly a couple hours long and really has only 2 modes of play the basic story mode and a challenge mode that really has no levity on the game so the content is kinda lacking a little bit. 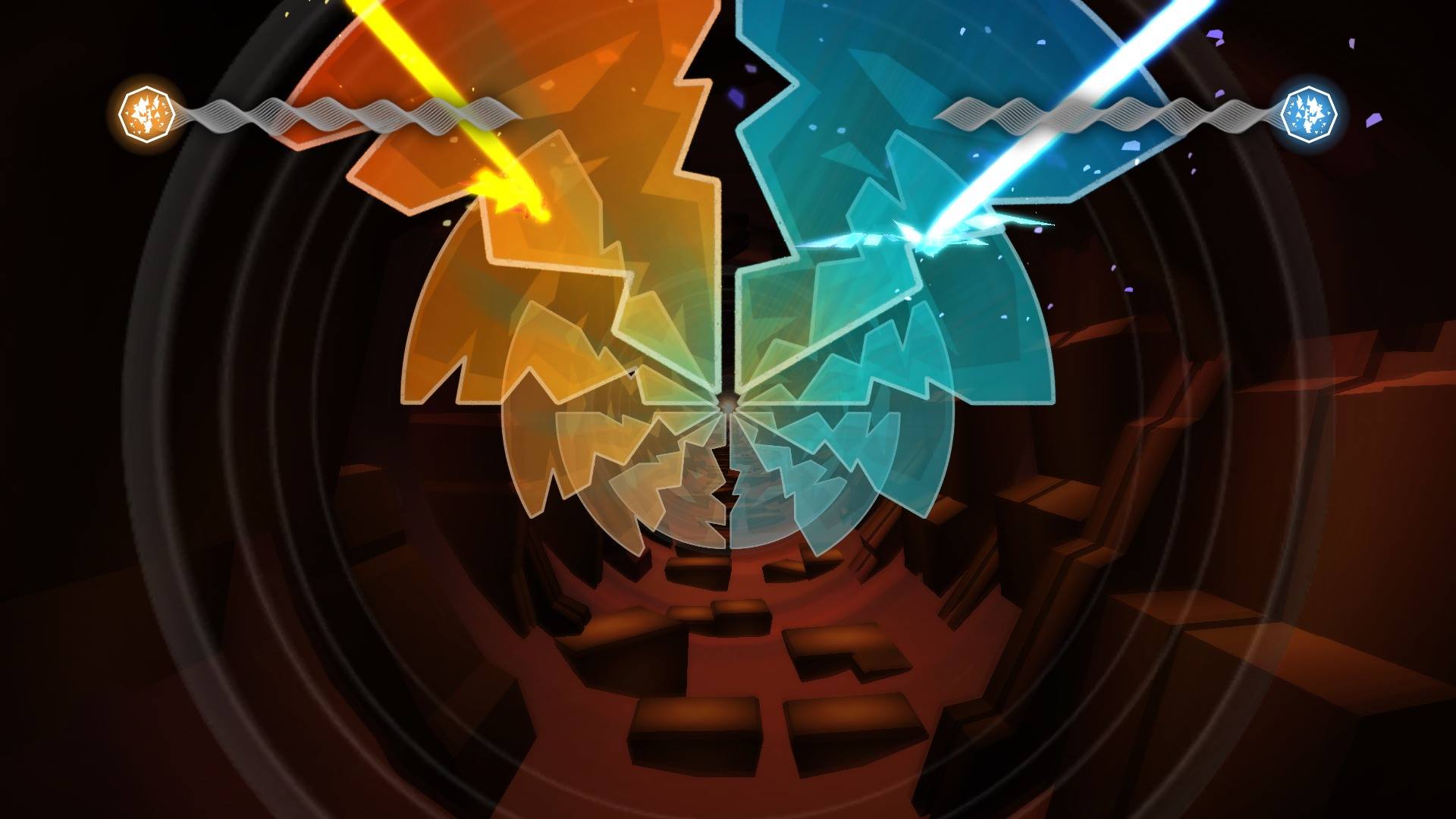 Pass through the color barriers with the corresponding colora bird or fish and fill your meter.

My final review on this game is even though the game play is simple and easy to pick up can get quite frustrating at points and being paired up with a short game time and lack of content can be quite underwhelming. Where the game really gives me justification for really playing and kinda makes up for some of its general frustration is the sound and visuals of this game.  The aesthetics are gorgeous with a brilliant color palette and the soundtrack that accompany’s the game is absolutely sublime. However while aesthetically pleasing I cannot justify a price of $9.99 I believe at this time I would say either wait for the price to drop or quite possibly wait for it to be free on PlayStation +.

I rate this game a 2.5 out of 5 for beautiful graphics and sound but for lack of content and short game play.